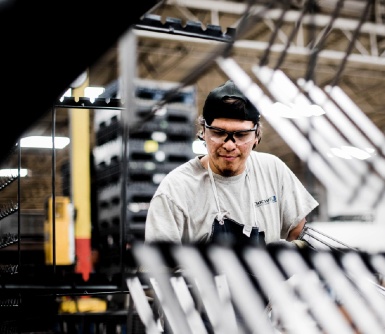 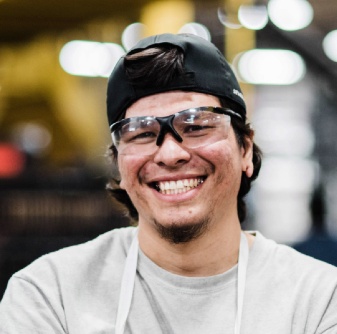 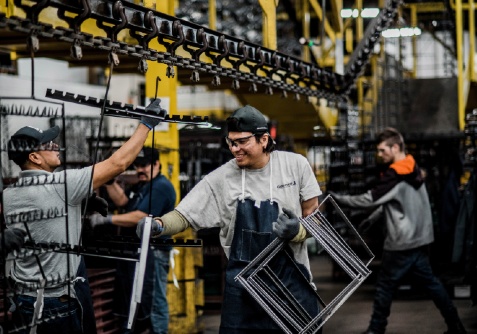 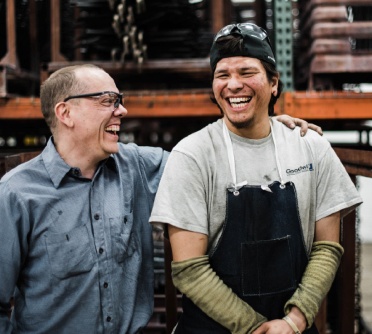 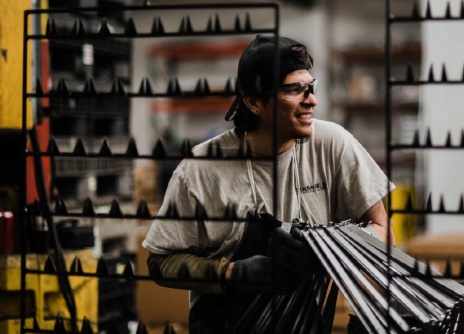 MARK WAS REFERRED to Goodwill’s Work Readiness program by HealthWest for some assistance with job skills training. As a person with a mild cognitive impairment and some physical limitations, Mark developed skills in various work settings through the program.

Mark was placed in Goodwill’s Industrial Services Center where he learned to carry out light industrial work contracted with area manufacturers. Mark’s paid vocational training included tasks such as packaging and assembly. He was such a strong worker that he advanced to Goodwill’s Retail Processing Center where he learned to operate the textile bale machine and sort donations. Mark once again demonstrated a strong work ethic and desire to advance further.

With the support of Michigan Rehabilitation Services, Mark was enrolled in Goodwill’s Supported Employment program with the goal of community-based employment. Working one-on-one with Goodwill Employment Specialist Trinell Payne-Scott, Mark was placed in a full-time production associate job at Seaver Finishing, a paint finishing company in Grand Haven.

“Mark faced a few obstacles in the beginning but because Seaver is the type of company that wants to accommodate people with barriers they found a different position that worked better for him,” said Trinell. “He’s been rocking and rolling ever since.”

Although Mark is a strong, capable, and energetic worker he does experience body tremors as a result of being struck by a car as a child. “The doctor said I wouldn’t walk or talk,” Mark said.

“Mark is a hanger,” Seaver Supervisor Robert Veihl explained. “He takes parts from the bin that are to be coated, hangs them, and gives them a visual inspection to make sure they are hung correctly. I hired Mark in the spring of 2018 and he has been working out great ever since.”

The work is fast-paced with shifts as long as 10 hours but Mark’s determination and drive have never failed him. “I’m a hard worker,” Mark said. “I have fun at work. I like being with people and earning money.”

“Mark does not need direct supervision,” Robert said. “At Seaver, there is always room for Mark to advance. He could become the secondary line lead, or years down the line, be the line lead.”

“He is not going to let anything stop him from achieving what he sets out to achieve,” Trinell said. “He persevered because he wanted to not only make the people at Seaver proud, but the people here at Goodwill proud.”

Mark lives with his parents and is now able to contribute financially to the household. “I’m going to buy my dad a boat!”

Mark is awesome. Every single day he comes in he is happy, he feels good, and he gets the job done.

Seaver Finishing is a powder-coating and e-coating business located in Grand Haven. Founded in 1953, this family-owned company caters mainly to the automotive and furniture markets. The company is dedicated to customer satisfaction, continuous improvement systems, and environmentally conscious practices; offering competitively priced, on-time delivery to their customers.