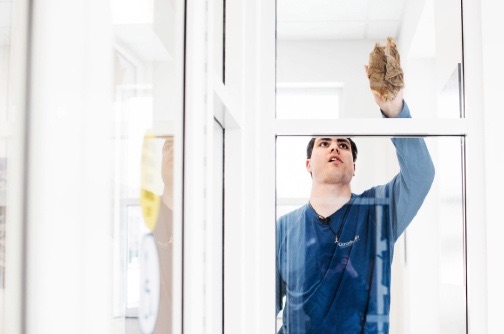 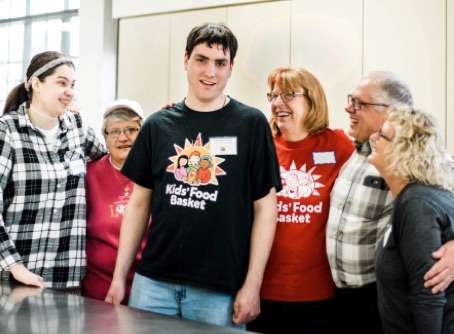 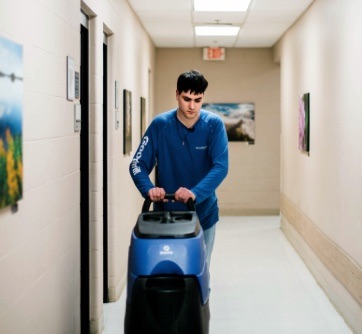 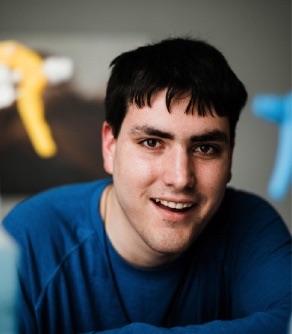 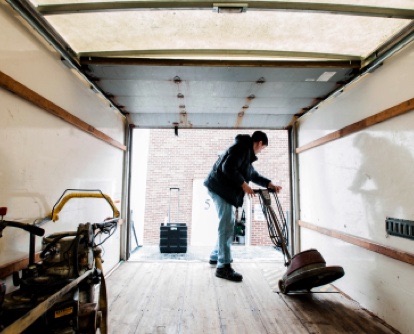 ANYONE MEETING JOE TODAY would have a hard time imagining him as his former self.

“When Joe first came to us he was very quiet and he didn’t want to engage too much with people,” said Goodwill Janitorial Supervisor Ron Henry. “He was extremely shy and guarded.”

Joe was a transition student at Muskegon Area Intermediate School District (MAISD) when he enrolled in Goodwill’s Janitorial Occupational Training (JOT) program. His caseworker at Michigan Rehabilitative Services (MRS) encouraged him to participate in the program to help him learn employment skills he would need once he graduated high school.

When he began training he lacked confidence and he could be emotional. His mild speech impediment made him self-conscious about talking. “Sometimes he would be afraid to try anything new,” said Goodwill Janitorial Services Manager Kathy Harris. “But that all changed.”

As Joe learned and developed his janitorial skills he began to open up. As the weeks passed, he became more and more self-confident and expressive, sharing his thoughts on what he was learning. He developed friendships with his coworkers, and began to laugh and smile, and have friendly conversations with everyone he met.

Six months after completing his training, a position on the Janitorial Services staff at Goodwill became available. Joe applied and was awarded the position. Since then Joe has learned to run the floor scrubbers, the carpet machine, and the art of floor finishing. These processes are often elaborate and detailed, but Joe has proven himself to be a reliable and skilled technician. He operates the equipment safely and correctly and produces a quality result.

“Joe not only does great work but he is a mentor for the rest of his crew,” Kathy said. “We just adore him and are blessed to have him on our team.”

“If he sees anybody struggling he is quick to lend a hand,” Ron said.

The more Joe practices his craft, the more confident and vocal he becomes. Joe has an excellent sense of humor and likes to share jokes with his teammates.

“I love my job. Before I came to Goodwill I did not go out in the community much,” Joe said. “Then I just blossomed and now I’m not shy.”

Joe’s outgoing attitude also fueled his interest in volunteering for local nonprofits such as United Way, Hackley Public Library, and Kids’ Food Basket. “I like to volunteer because I like to meet new people,” he said.

“He’s the only guy I know that will take a vacation day and go volunteer somewhere in the community,” Ron said. “And he finds great joy in doing it.”

Joe lives at home with his family and their menagerie of pets including cats, dogs, a rabbit named Tater Tots, Bulldozer the tortoise, a parrot, and a monkey named Maxwell.

As Joe got to know people and learn the job he became a whole different person. I see him accomplishing more and more all of the time.