“At the end of my shift I feel great; another day having a job, another day supporting my children.”
Tyrone 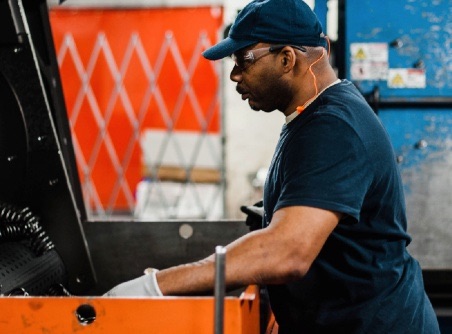 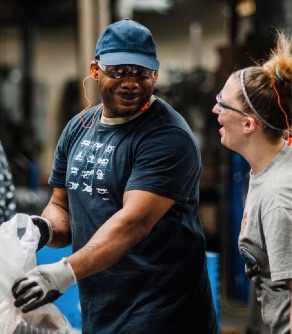 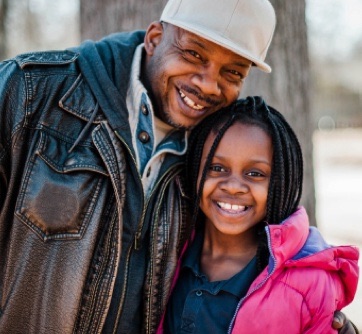 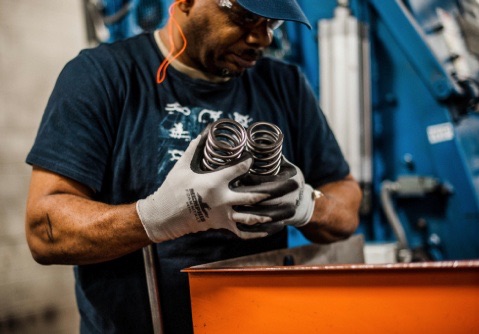 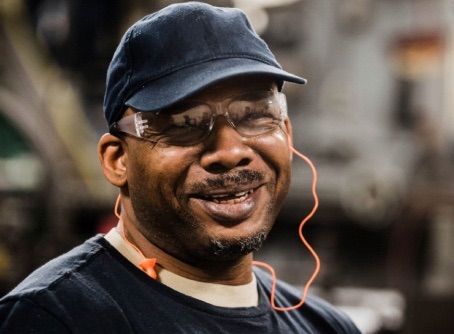 TYRONE WAS DRAWN to the streets at a young age. He made his decisions living day by day instead of thinking about the future. “I didn’t take school or any of my jobs seriously. I liked the streets and the lifestyle that went with it.” In the spring of 2017, Tyrone made a choice that landed him in jail. It was a defining moment for him; he knew if he did not take a new path he would not be there to raise his young children. “The hardest part of going to jail was being away from my kids. I knew I had to change.”

Tyrone’s sentencing judge saw potential in him and offered him the opportunity to enroll in the Empowering Ex-Offenders in Transition (EXIT) program. Designed to help participants with wraparound training and support services before they are released from jail, Tyrone took advantage of numerous offerings such as manufacturing skills classes, employment readiness and job retention training, financial management, counseling, parenting classes, and more. As part of the program, he also received paid, real-life, work-skills training while working at Goodwill’s Industrial Services Center.

“I wasn’t sure what to expect when I came to EXIT. I participated in programs before but quickly learned I had never been in a program like this one,” Tyrone said. EXIT helped me be a better and more responsible person. They helped me really look at myself and empowered me to change.”

Tyrone’s quietly positive attitude and hard work made him stand out as a potential candidate to work for EXIT’s premiere employer partner, Michigan Spring and Stamping. In August, he was offered an interview and a temporary position as a machine operator. He quickly went to work utilizing the skills he learned at EXIT. After four months of showing a consistently positive work ethic, Tyrone was hired in as a permanent placement.

“I love my job,” he said. “My employer values its employees. They constantly have meetings to show their concern and appreciation. It makes me want to work hard for them.”

Tyrone is on a path he is proud of, something he has not felt before. “I look at the big picture now when I make choices. I don’t live day to day anymore.”

Tyrone is a great team player. He keeps the attitude of his team positive and pushes them to do better.