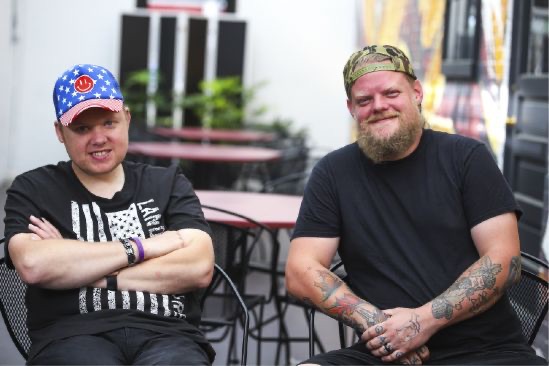 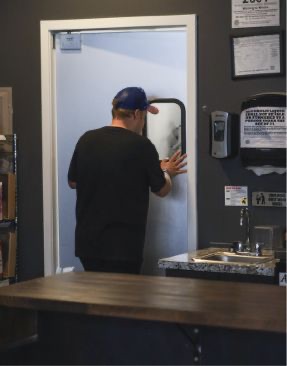 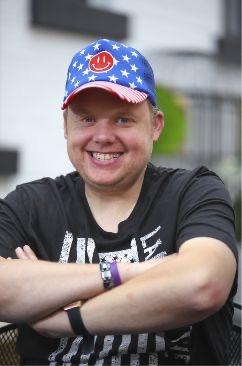 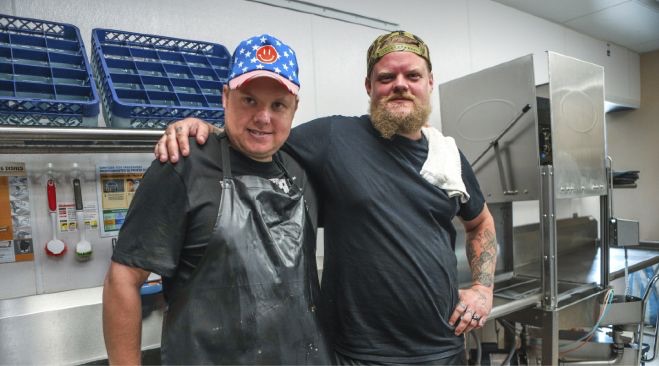 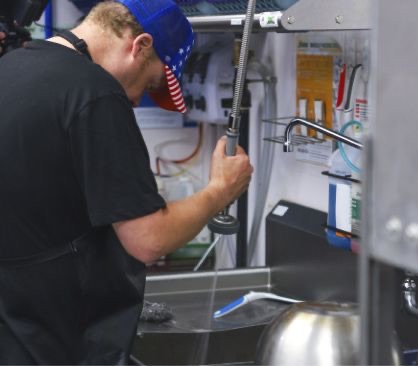 DAVID AND THE VALKYRIE RESTAURANT are a match made in heaven. Hired earlier this year as a dishwasher for the restaurant’s lunchtime crowd, David is thriving in his new environment and the staff have welcomed him with open arms.

“David brings a very contagious attitude of happiness and positivity,” said Chef Steve Shaw. “He’s never in a bad mood, and if you work in a restaurant, you know that that's hard to find.”

Steve and David have formed a special friendship and enjoy burgers and fries together during breaks.

“It’s great to see Valkyrie welcome David into their family like they have,” said Goodwill Program Manager for Disability Services Matt Cashbaugh.

“David was always a great worker,” Matt said. “He excelled at any project we assigned him and his productivity rates were very high.”

When a Goodwill job coach learned of an open dishwasher position at The Valkyrie, David was asked if he would like to try it out. He enthusiastically accepted.

“David has never done dishwashing in a restaurant setting before, and he learned the routine within two to three weeks,” Matt said. “His ability to do this job, do it independently, and do it so well, has been astonishing. He’s also taking initiative and stepping up to do more than what he's required to do. And he's constantly working that entire time. He absolutely loves what he does.”

“It doesn't matter if we're busy or slow, he is always positive. I think we could all learn from that. David's attitude and positivity is like a beacon of hope almost,” Steve said. “He's just perfect. He gets everything done he's supposed to, he never stops, he never complains. He makes everyone happier just by being here.”

David never stops, he never complains, and he makes everyone happier just by being here.