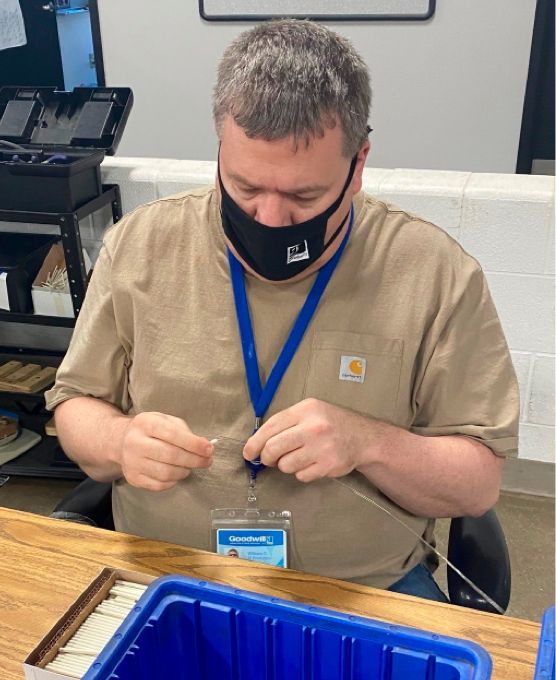 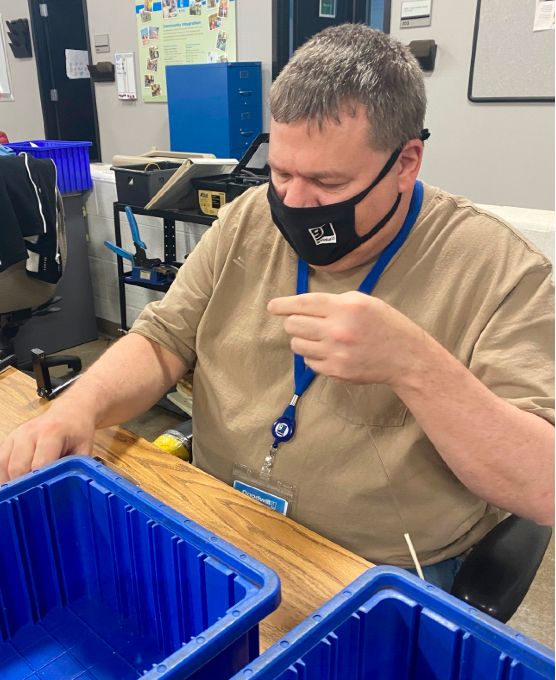 Bill has been part of the Goodwill family off and on for 27 years. As a person with autism, Bill was originally referred to Goodwill from HealthWest for assistance with job skills training in Goodwill’s Industrial Services Center. Bill excelled at learning packaging and assembly work for area manufacturers. He also became highly skilled using the center’s textile cutting machine; swiftly creating rags out of unsaleable t-shirts which were then packaged and sold to the public. Additionally, Bill trained and worked in Goodwill’s Janitorial Services department fulfilling contracted floor care and cleaning services in the community. In all of his roles, Bill was quiet, cheerful, hardworking, and usually outperforming his coworkers.

Over the years Bill has been placed in several jobs in the community: a dishwasher in a busy restaurant, and as a custodian / fry cook at a fast food establishment. He did not enjoy the chaotic work environments, sometimes became frustrated, and had difficulty maintaining his positions.

Bill excels at the independent, repetitive, detail-oriented work the Industrial Service Center provides. When an opening for a Goodwill production worker became available last November Bill applied and got the job. With minimal job coaching, Bill shifted from Goodwill client to Goodwill employee.

“Bill’s attention to detail is incredible. Once he learns a job, you can set him free and know that you will get high quality parts,” said Industrial Services Production Supervisor Amy Cumings.

Bill said with a smile he is “making the big bucks now” and recently splurged on a new TV. He’s happy to be back “home” at Goodwill in a job that is perfectly suited for his talents.