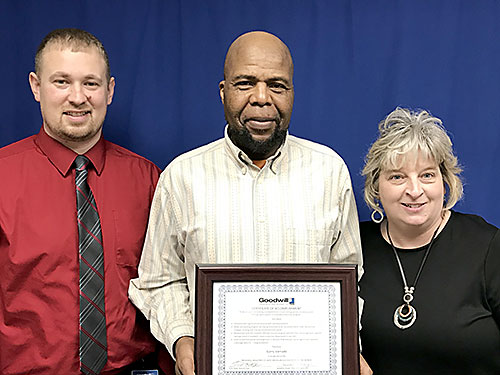 Change is difficult. It takes determination and sometimes includes setbacks. Garry’s story demonstrates that no matter how challenging or long the journey, a person can change and be successful.

Garry had been in and out of prison multiple times dating back to 1983. He was enrolled in Goodwill’s Offender Success program multiple times, but the lessons did not stick.

“Each time we hoped he would be successful,” says his Goodwill Case Manager Rita Hickman. “We always felt he had it in him, and believed in him … he just needed to believe in himself.”

Before coming to Goodwill, Garry struggled with making the right choices and continued to return to past habits. “I didn’t know what I was going to do with the rest of my life,” he said.

When he was released from prison in June of 2017, Garry made a decision that this time would be different. “Garry showed us a different spark of commitment,” Hickman says.

He dedicated himself to the program, learning résumé writing and job search skills. Goodwill also provided him with clothing and supplies to start a new life. As his new-found confidence was growing, his case manager encouraged him to apply for an open position in Goodwill’s retail production division for a textile baler. “He was a perfect candidate. He is very quiet and just wants to do a good job.” Garry interviewed and landed the job on July 20, 2017.

Garry has done so well that in January of 2018, he was discharged from parole, making him a free man for the first time in 34 years. His parole agent tweeted this message: 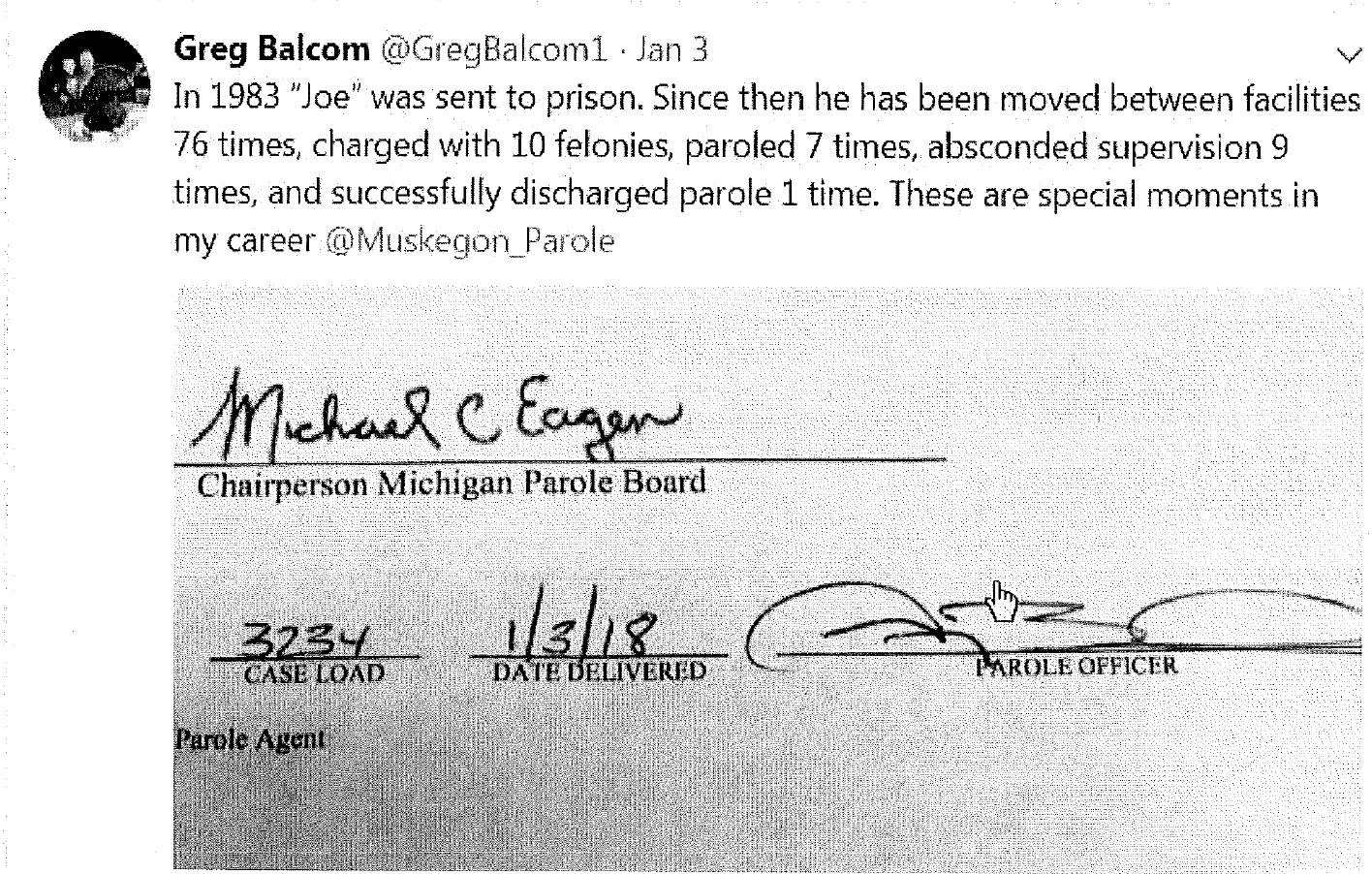 Garry really likes knowing that he is doing something good. He says he is a better person than he was before, and says anyone can achieve success if they are motivated.

“If you want to get yourself together, Goodwill will help you, but you have to want it if you are going to make it,” he said.

The Offender Success program (formerly called Prisoner Reentry) is a state-wide strategic approach to creating safer neighborhoods and better citizens through the delivery of a seamless plan of services, programming, support, and supervision for prisoners re-entering the community. Program participants are referred by the Michigan Department of Corrections Parole Board.